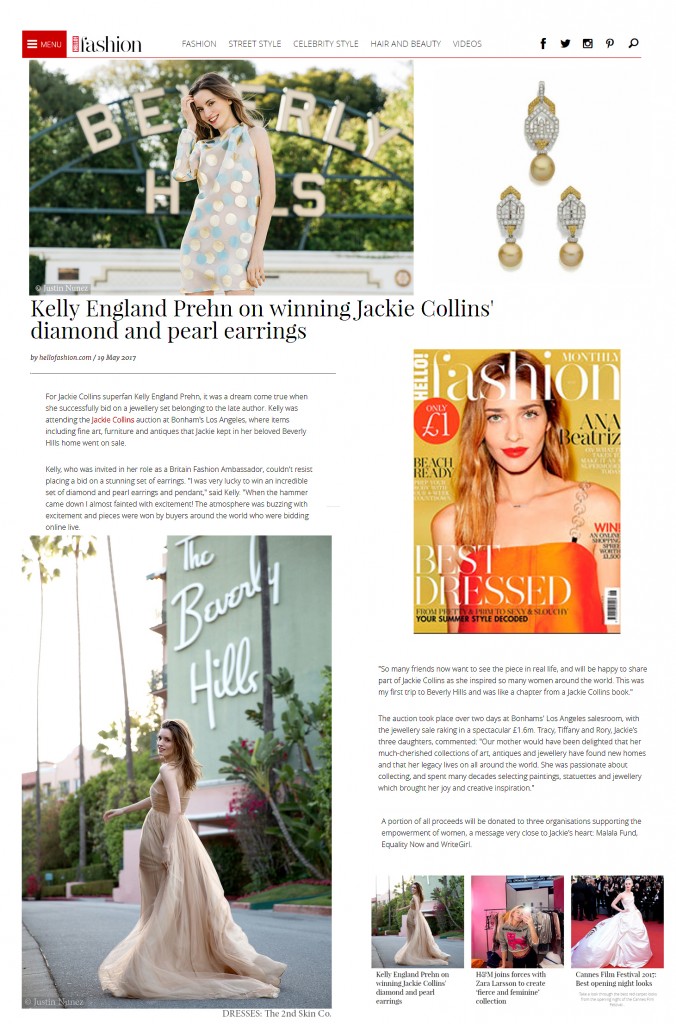 For Jackie Collins superfan Kelly Prehn, it was a dream come true when she successfully bid on a jewellery set belonging to the late author. Kelly was attending the Jackie Collins auction at Bonham’s Los Angeles, where items including fine art, furniture and antiques that Jackie kept in her beloved Beverly Hills home went on sale.

Kelly, who was invited in her role as a Britain Fashion Ambassador, couldn’t resist placing a bid on a stunning set of earrings. “I was very lucky to win an incredible set of diamond and pearl earrings and pendant,” said Kelly. “When the hammer came down I almost fainted with excitement! The atmosphere was buzzing with excitement and pieces were won by buyers around the world who were bidding online live. 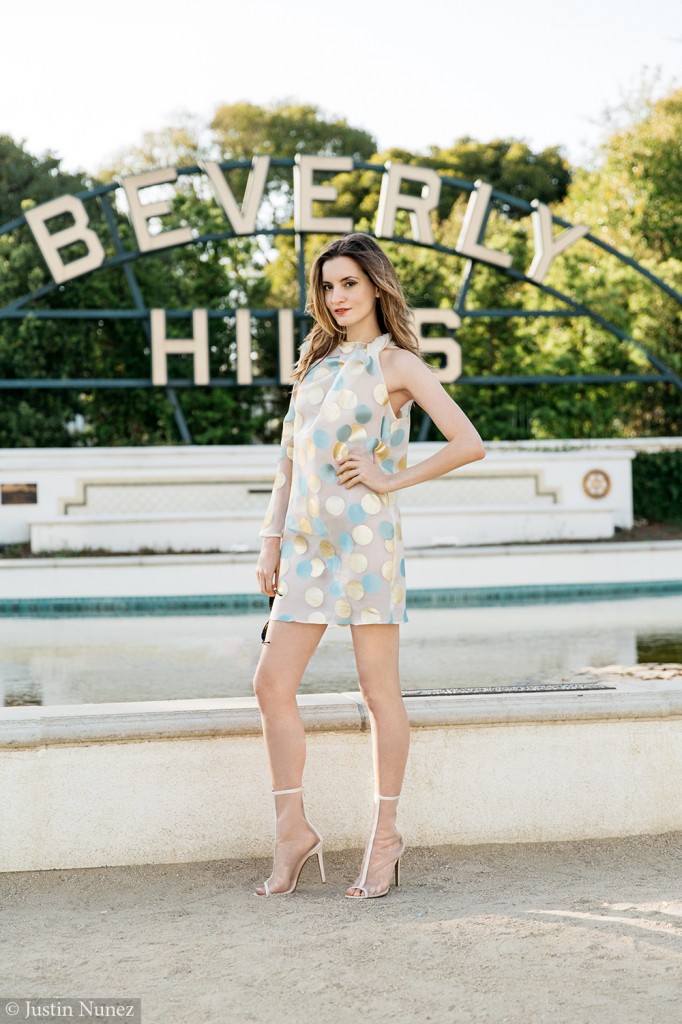 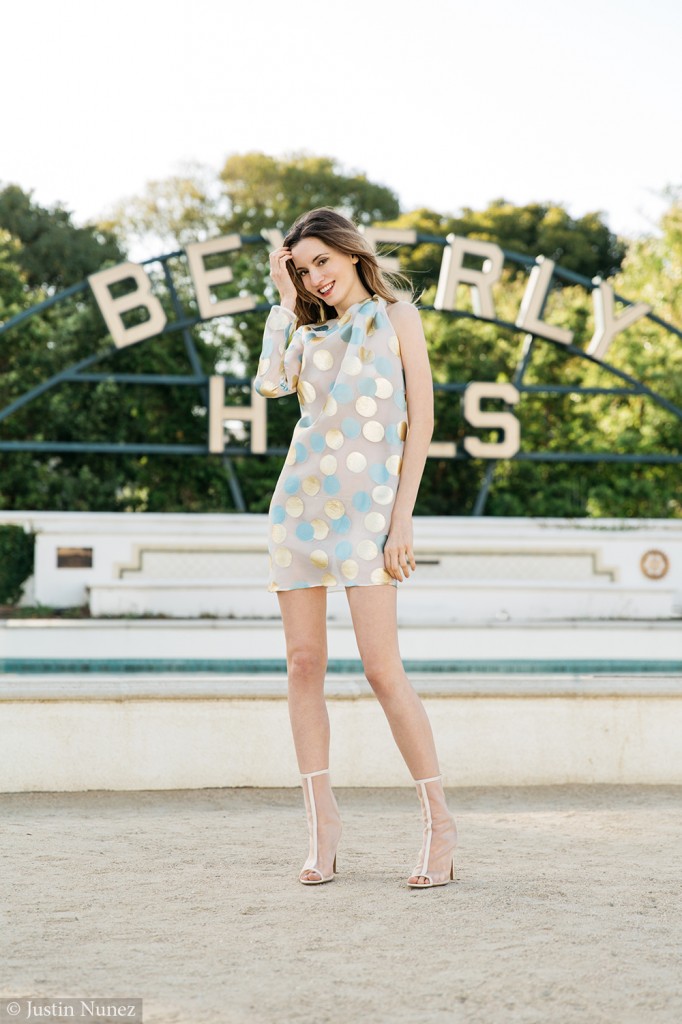 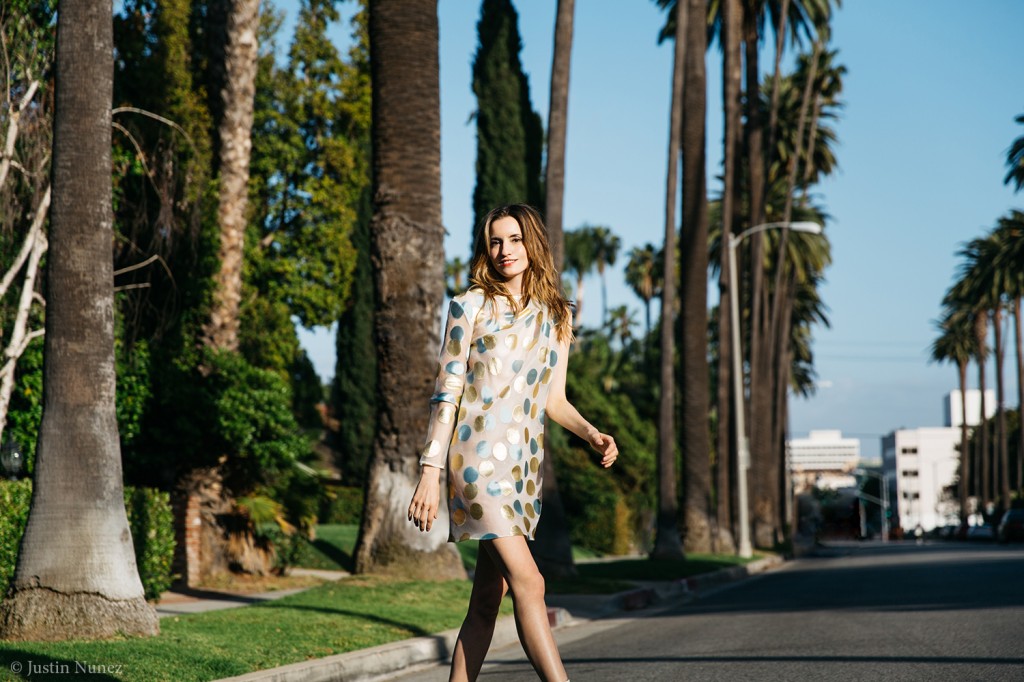 “So many friends now want to see the piece in real life, and will be happy to share part of Jackie Collins as she inspired so many women around the world. This was my first trip to Beverly Hills and was like a chapter from a Jackie Collins book.” 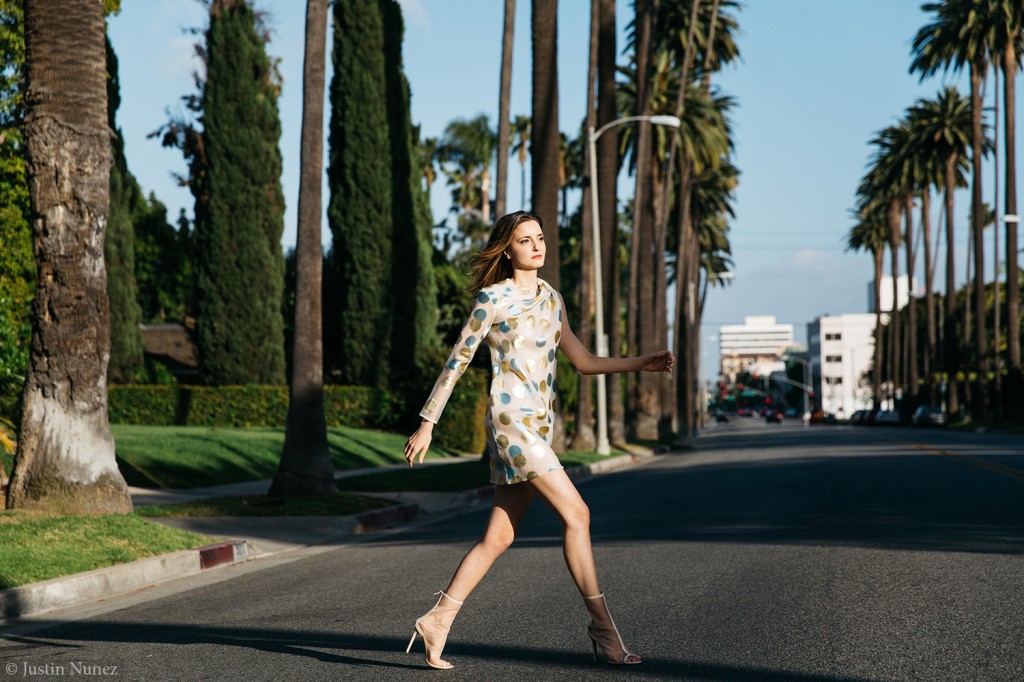 The auction took place over two days at Bonhams’ Los Angeles salesroom, with the jewellery sale raking in a spectacular £1.6m. Tracy, Tiffany and Rory, Jackie’s three daughters, commented: “Our mother would have been delighted that her much-cherished collections of art, antiques and jewellery have found new homes and that her legacy lives on all around the world. She was passionate about collecting, and spent many decades selecting paintings, statuettes and jewellery which brought her joy and creative inspiration.” 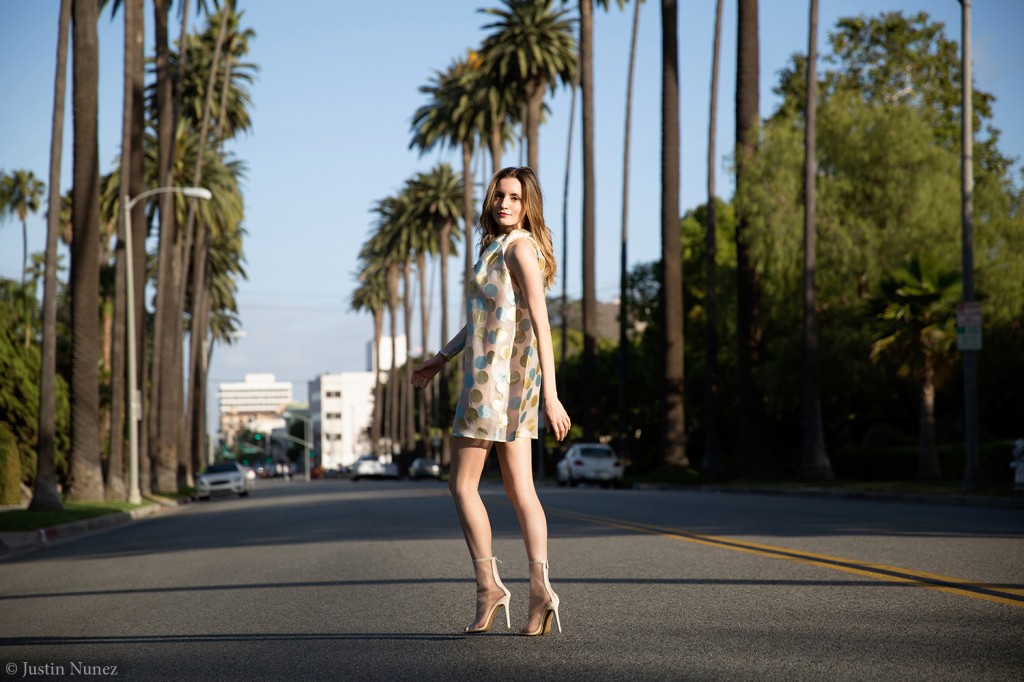 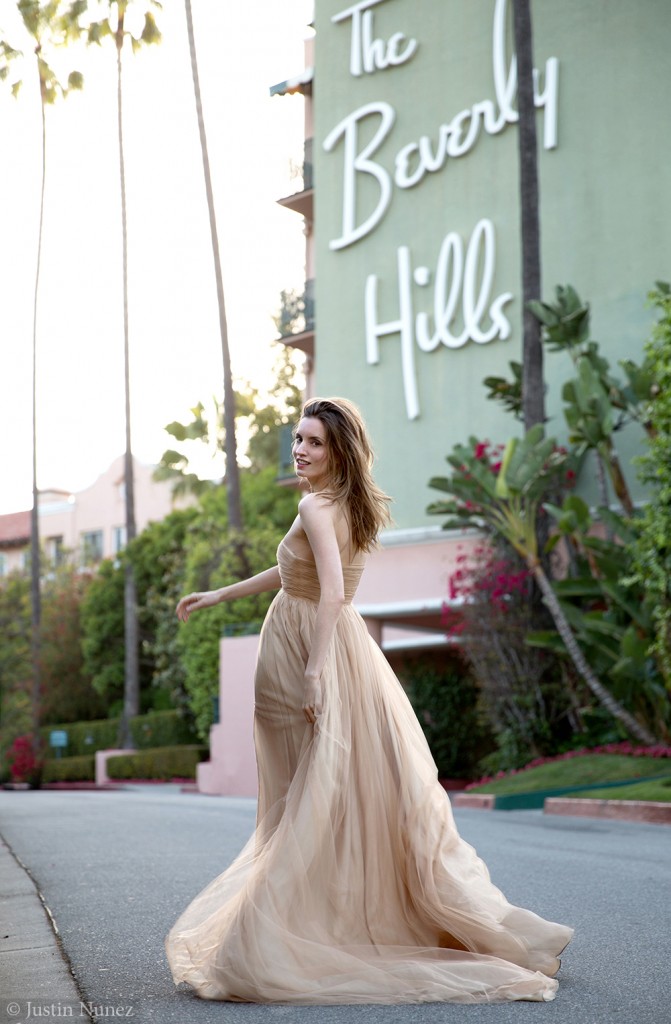 A portion of all proceeds will be donated to three organisations supporting the empowerment of women, a message very close to Jackie’s heart: Malala Fund, Equality Now and WriteGirl.