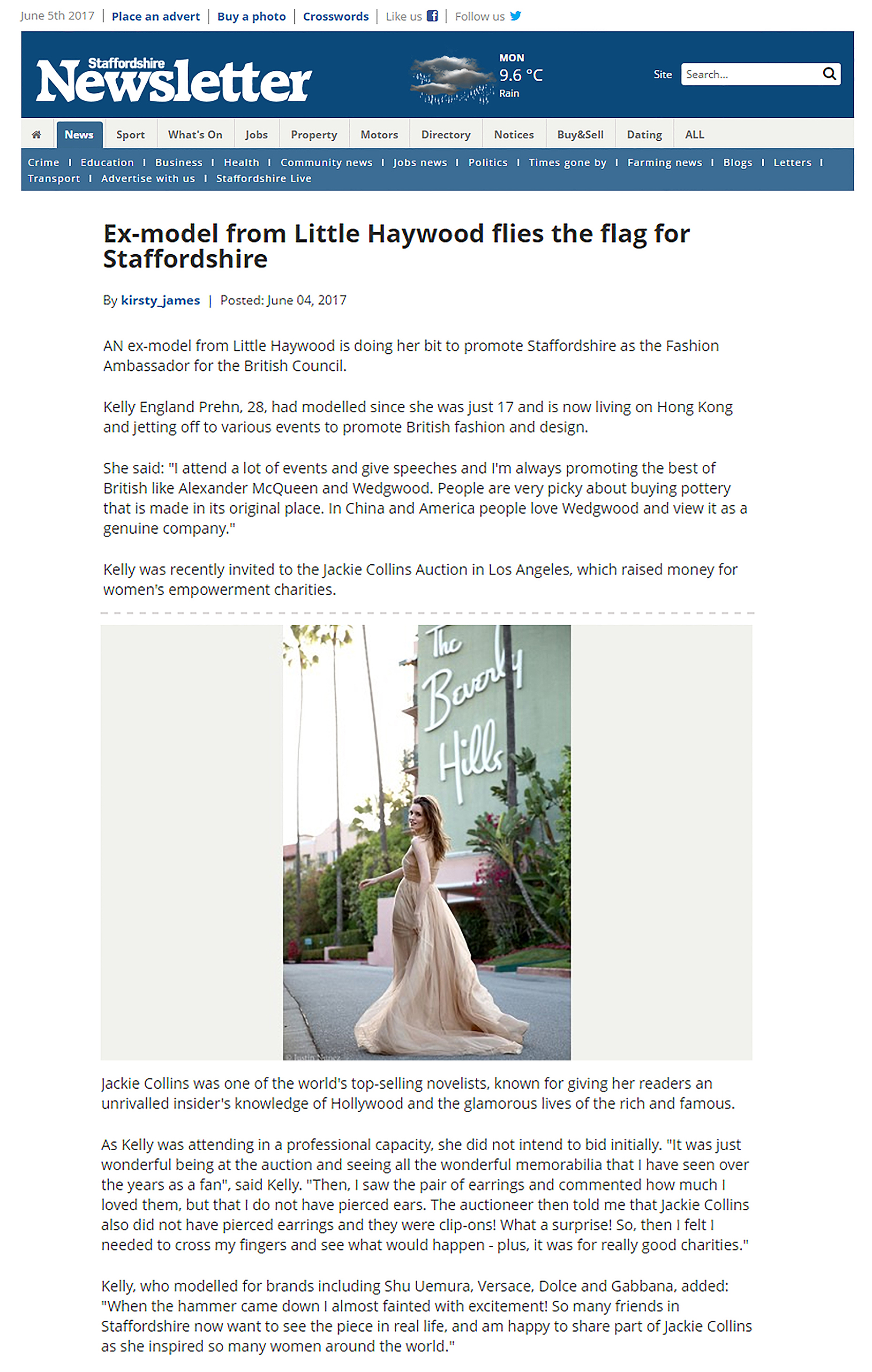 AN ex-model from Little Haywood is doing her bit to promote Staffordshire as the Fashion Ambassador for the British Council.

Kelly England Prehn, 28, had modelled since she was just 17 and is now living on Hong Kong and jetting off to various events to promote British fashion and design.

She said: “I attend a lot of events and give speeches and I’m always promoting the best of British like Alexander McQueen and Wedgwood. People are very picky about buying pottery that is made in its original place. In China and America people love Wedgwood and view it as a genuine company.”

Kelly was recently invited to the Jackie Collins Auction in Los Angeles, which raised money for women’s empowerment charities.

Jackie Collins was one of the world’s top-selling novelists, known for giving her readers an unrivalled insider’s knowledge of Hollywood and the glamorous lives of the rich and famous.

As Kelly was attending in a professional capacity, she did not intend to bid initially. “It was just wonderful being at the auction and seeing all the wonderful memorabilia that I have seen over the years as a fan”, said Kelly. “Then, I saw the pair of earrings and commented how much I loved them, but that I do not have pierced ears. The auctioneer then told me that Jackie Collins also did not have pierced earrings and they were clip-ons! What a surprise! So, then I felt I needed to cross my fingers and see what would happen – plus, it was for really good charities.”

Kelly, who modeled for brands including Shu Uemura, Versace, Dolce and Gabbana, added: “When the hammer came down I almost fainted with excitement! So many friends in Staffordshire now want to see the piece in real life, and am happy to share part of Jackie Collins as she inspired so many women around the world.”